Walking towards the light

Can the festival of Justpeace bring peace? Maybe not completely, but it can help to spread the message of justpeace and inspire people to work for Justpeace in their own environment.
The fifth Justpeace festival, organized by Shanti Mitra, was held in Mymensingh, Bangladesh on the 10th and 11thof February. This year, the organizing committee tried to focus on personal transformation for Justpeace. The slogan of the festival was “Hridoy alokjalo, Boddo moner duyarkhulo” (Bangla). Maybe the English translation will be “lighten the inner light, open up the doors of the heart’. The world is becoming restless; there are many incidents of violence all over the world, human rights are neglected and fundamental attitudes are increasing which separates us from each other. So the organizing committee had welcomed everyone to enlighten oneself for peace by illuminating their inner light and remove all stereotypes and prejudice to differences.

There was an opening ceremony the first day where a representative of the district commissioner came as the chief guest. The other special guests were a head teacher of one of the secondary schools of Mymensingh, the President of Mohila Porisad of Mymensingh branch (women’s rights work) and the peace sector coordinator of Mennonite Central Committee (Bangladesh). Shanti Mitra tried to spread the message of peace by involving all people from all sectors in the festival. The chief guest focused on “the heart” in his speech. `There is no greater temple than the heart’ said the deputy director. He welcomed everyone to open up one’s own heart and love each other for peace.
There were also creative children activities held during the festival. The message of unity and peace, taking care of each other, loving the environment, the beauty of diversity and other topics were addressed during the children activities through puppet shows, storytelling, songs, games, and origami. 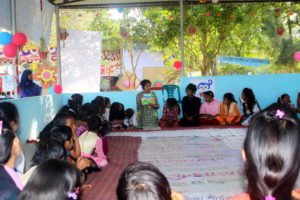 Children’s activity during the justpeace festival 2019 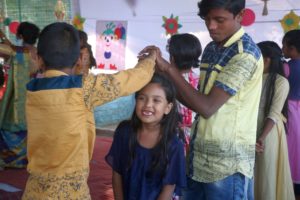 Children are happy to play games during the festival

This year, the focus was put on young people. Young people are change makers. They have the power to transform society in positive ways. There were two workshops for young people during the festival. One was on `Practicing peace in Daily life’ and another one was `Young people as agents of peace’. The first workshop was for secondary school students. There were many stories that came out about how they would deal with conflicts in their daily life. Then ideas were given on how to resolve conflicts non-violently. At the end they also wrote down what they are going to do to practice peace in their daily life. 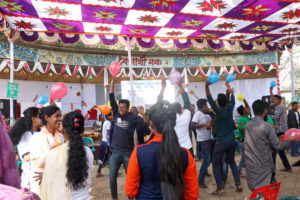 During the workshop with young people

The second workshop was facilitated by MCC’s team. It was a very effective workshop. Participants came from a variety of different colleges and universities. The young people received ideas on what is peace and what is justice. They also discussed in small groups about what the barriers are for justice and peace in the community and what steps they have to take to remove these barriers. There was a good amount of sharing as well. Especially from some girls who shared their story about how they are still neglected in their family and society. Some participants focused on religious issues, corruption, ethical issues and social problems in Bangladesh. At the end, facilitators asked participants to write a pledge/commitment about what they can do for justpeace in the community. 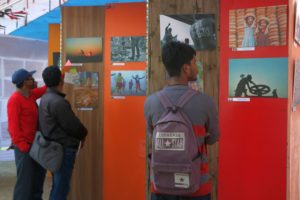 Photography Exhibition during the Justpeace festival 19

There was a plastic awareness campaign during the festival. It was prepared primarily by Mati (a local NGO) to raise awareness on plastic. This campaign was used to spread the message about how we are spoiling our environment by consuming plastic every day. Piter Musgrave, who is from England and also a previous MCC Bangladesh worker, helped Mati with this campaign. 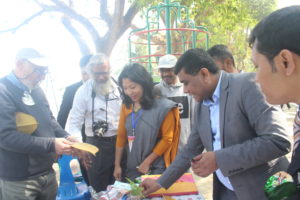 The chief guest visiting the plastic campaign during the festival
There were three trees in the festival. One tree was the “Hope Tree” where visitors could write down their hopes for the world and hang it on the Hope Tree. Another Tree was the “Act Tree” which welcomed people to write a pledge to make a better world. The third tree was the “Thanks Tree” where people could write their messages of thanks to someone who supported them but never had the chance to say “Thank you.” The trees have received many beautifully written responses. 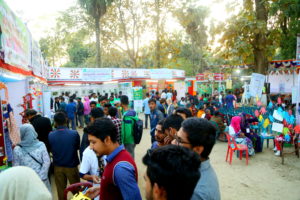 Crowd of the festival of justpeace 2019

Volunteers are cleaning plastic from bank of the river during festival
There were cultural programs both evenings which were performed by local artists. Mime performance, drama, music, dance, and poetry were all presented during the cultural evenings. 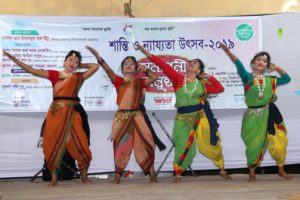 A dance performed by local artists, Justpeace festival 2019
During the closing ceremony, the administrator of Mymensingh City Corporation came as the Chief Guest. “Maybe the festival cannot bring peace, but it can touch someone’s heart. If the owner of that heart receives inspiration and starts to work on something in his own environment, this is the success of the festival” said Br. Erik, Taize brother, during the closing ceremony.
There were 60 young volunteers whose contribution made the festival more beautiful and worthy. In the festival, Mati, Caritas, and MFPS came as associate partners. MCC supported by giving some funds for the festival. BD Clean Mymensingh contributed by cleaning during the festival. 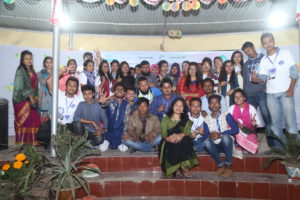 Volunteers are having photo session at the end of the festival

In the end, I hope that the message of unity and peace will spread out everywhere like waves, through the Justpeace festival every year. 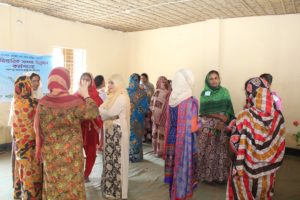